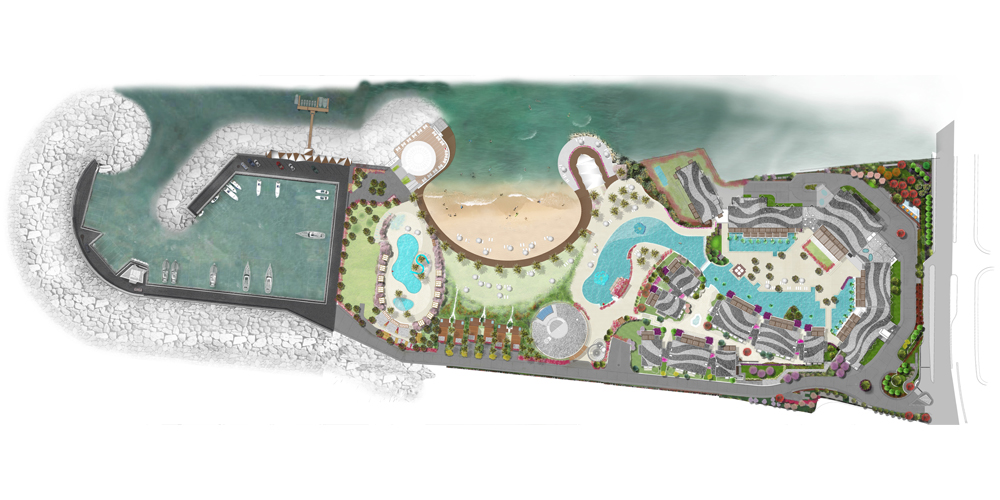 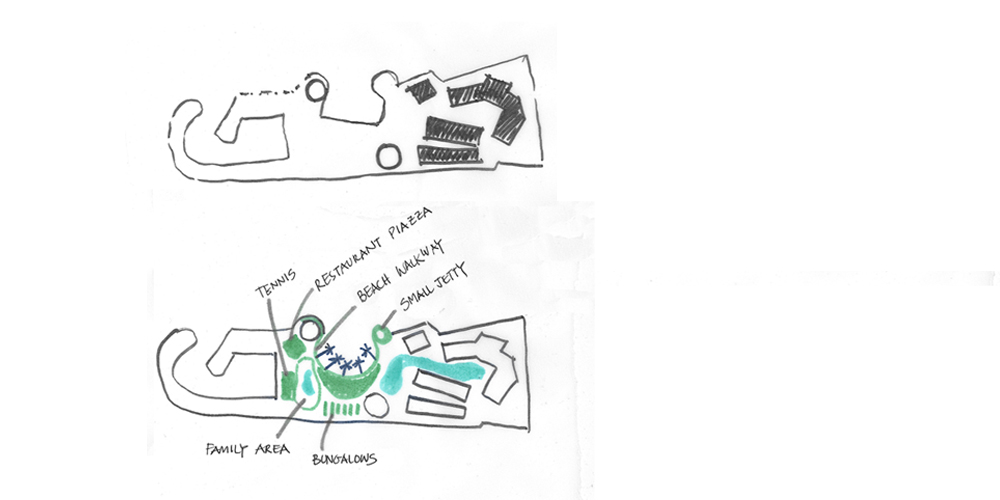 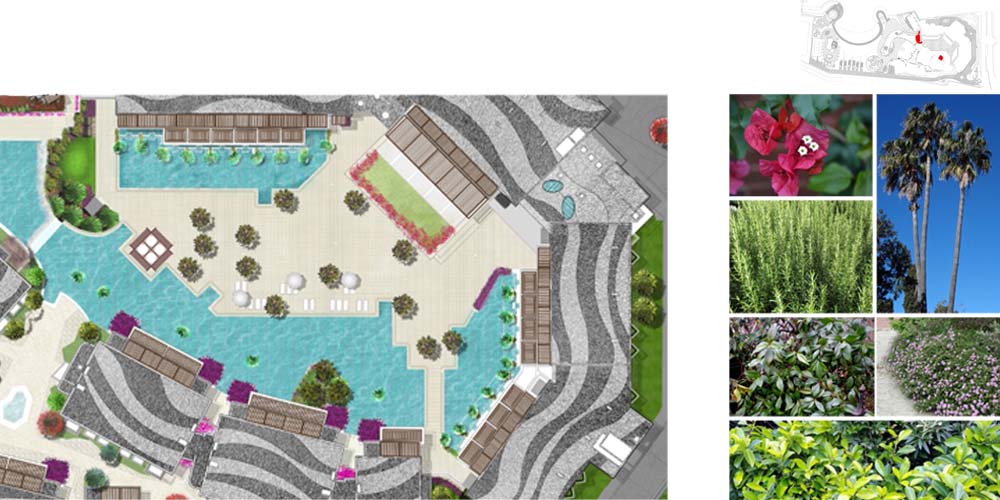 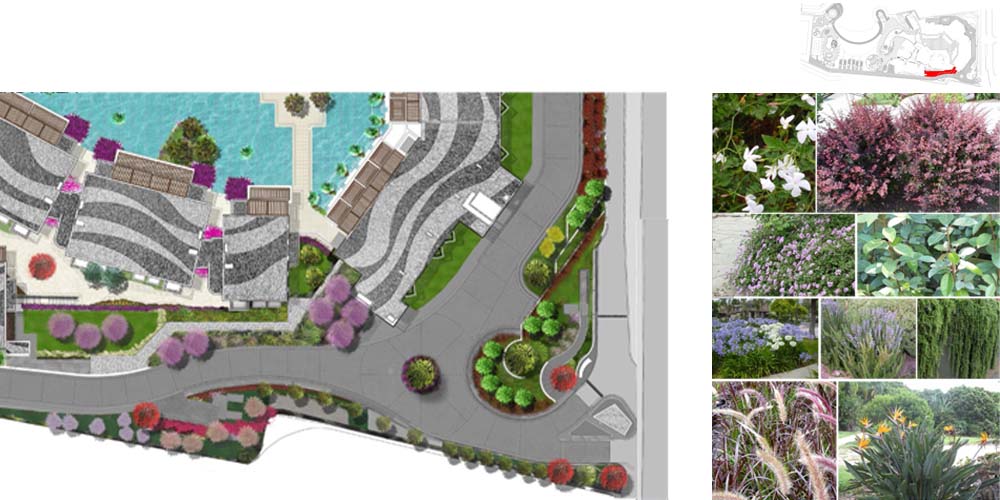 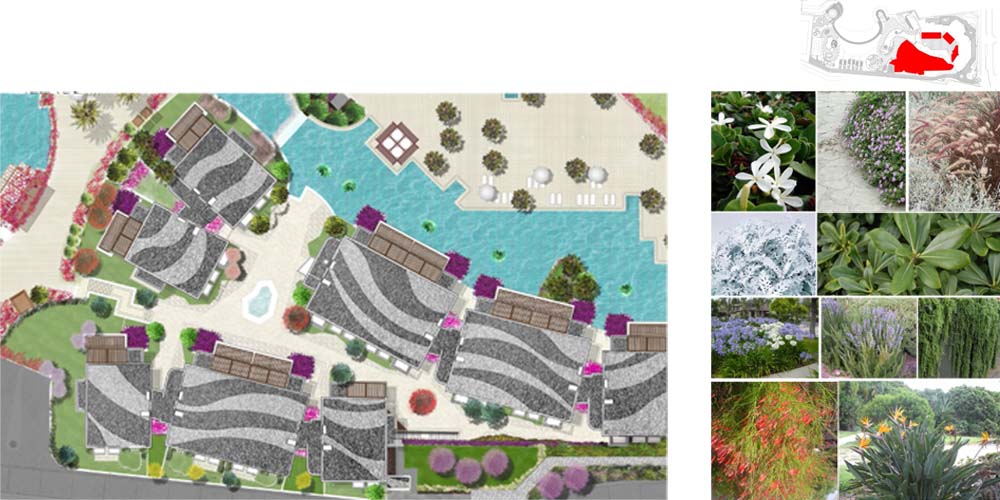 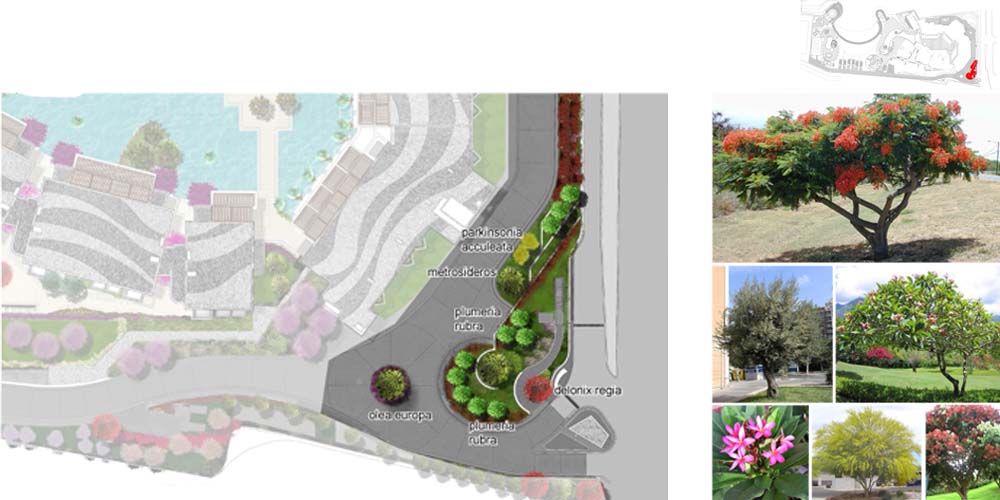 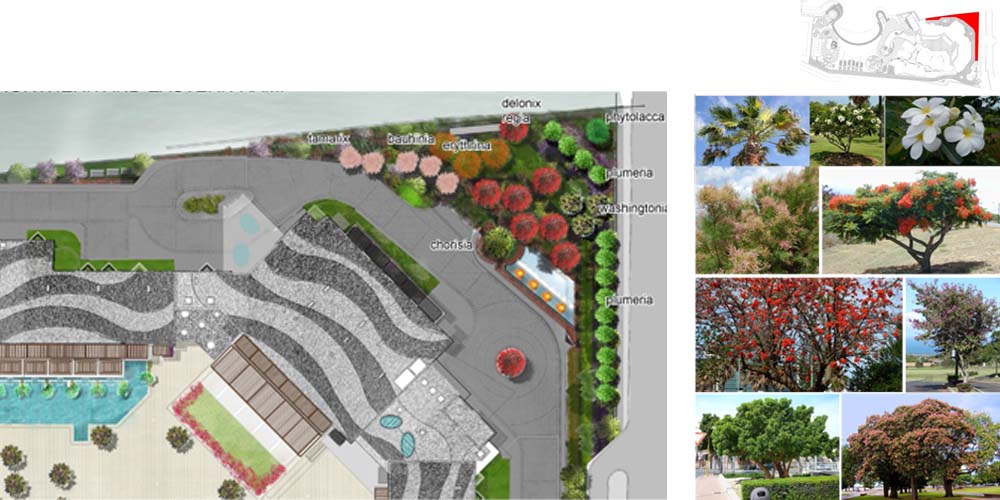 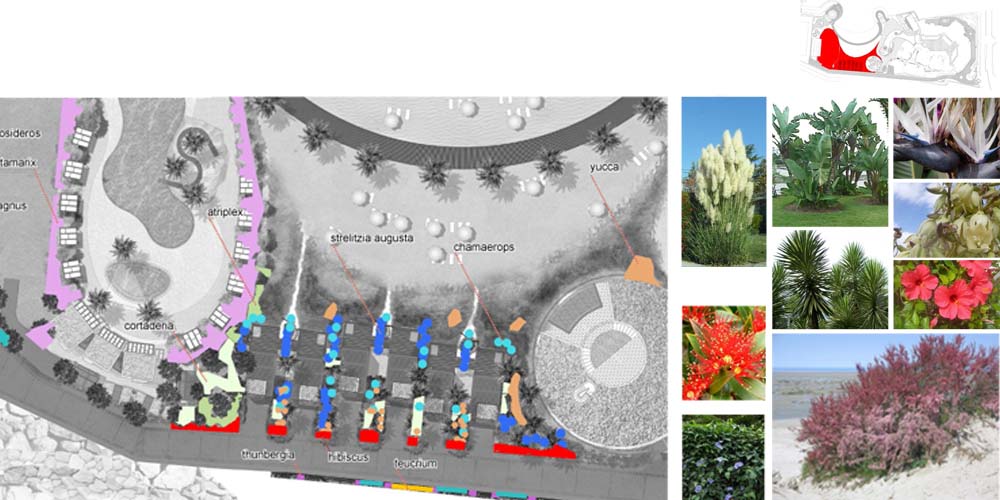 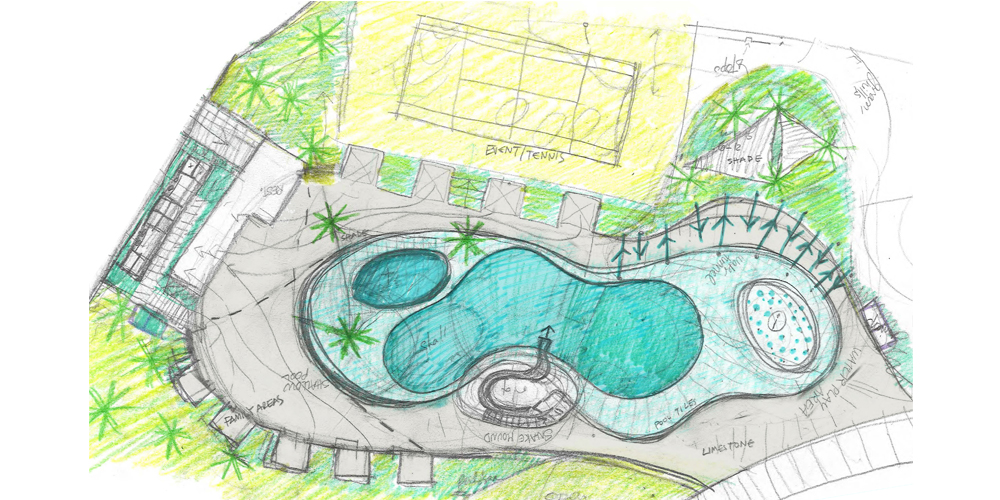 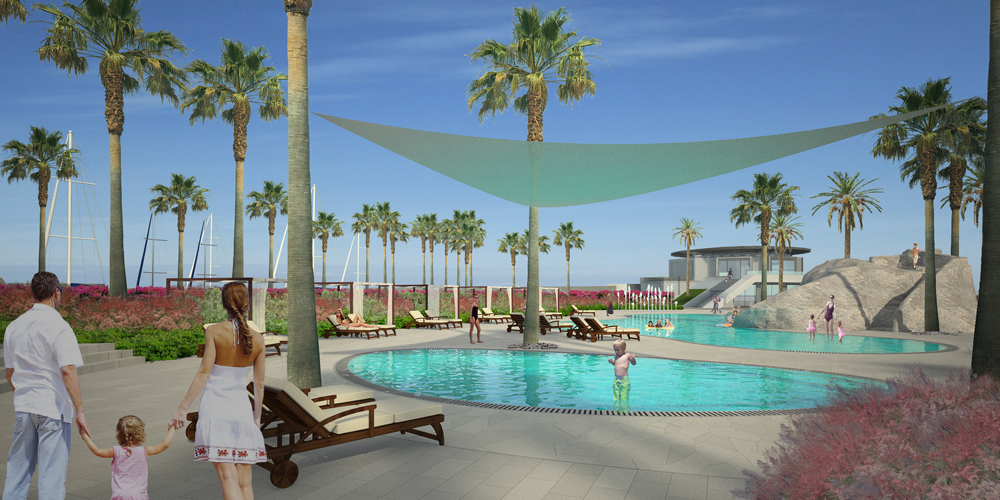 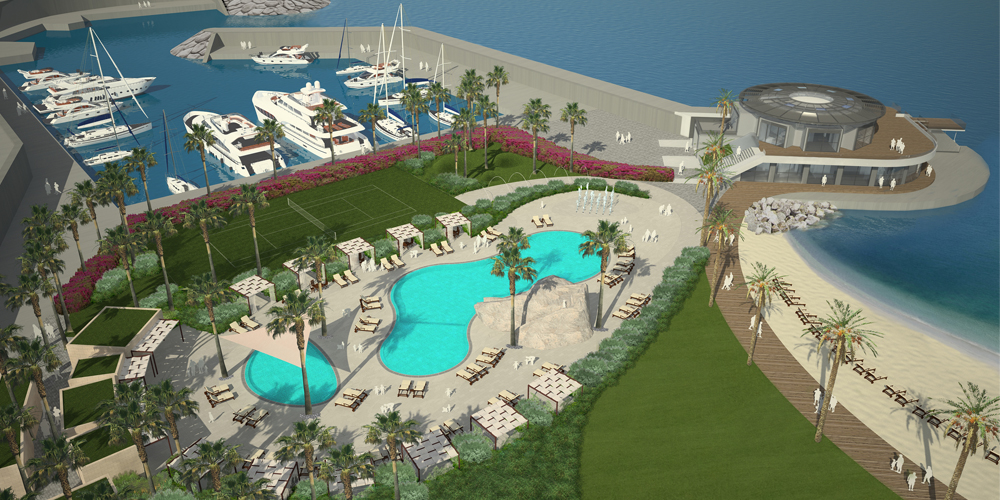 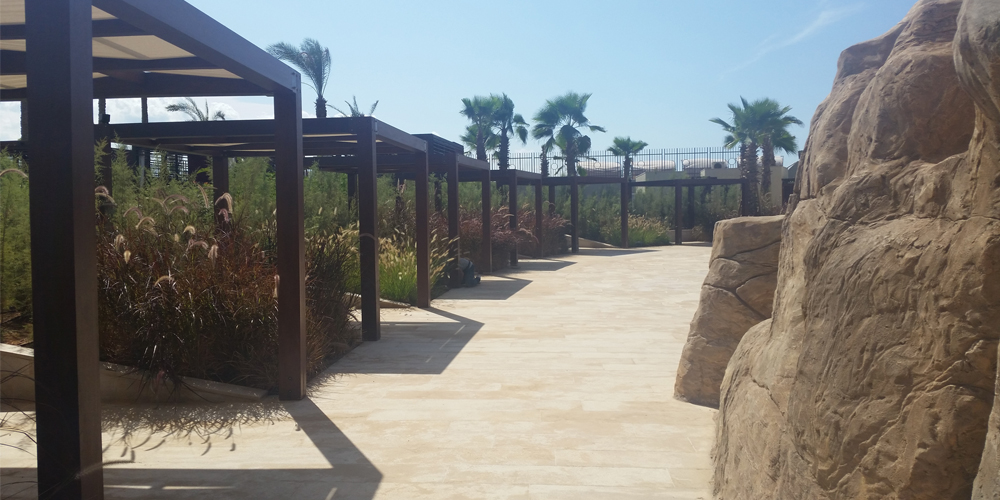 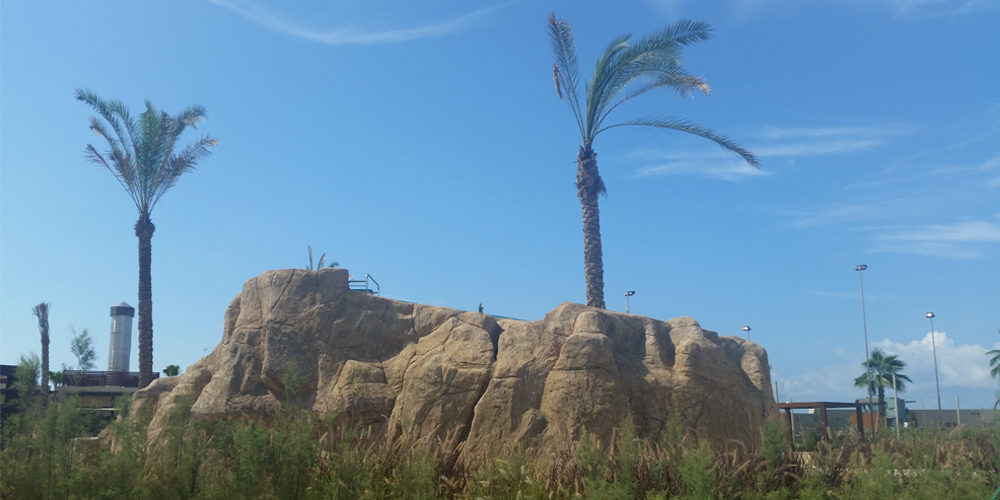 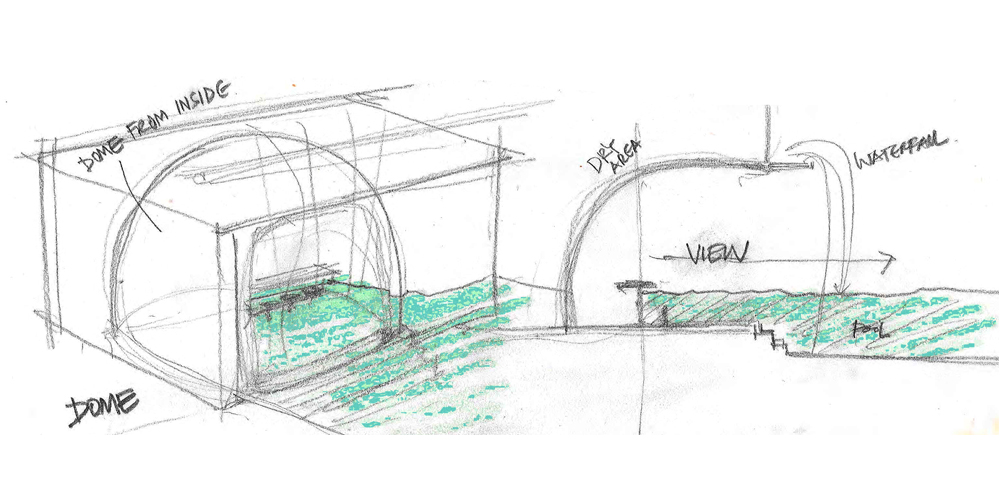 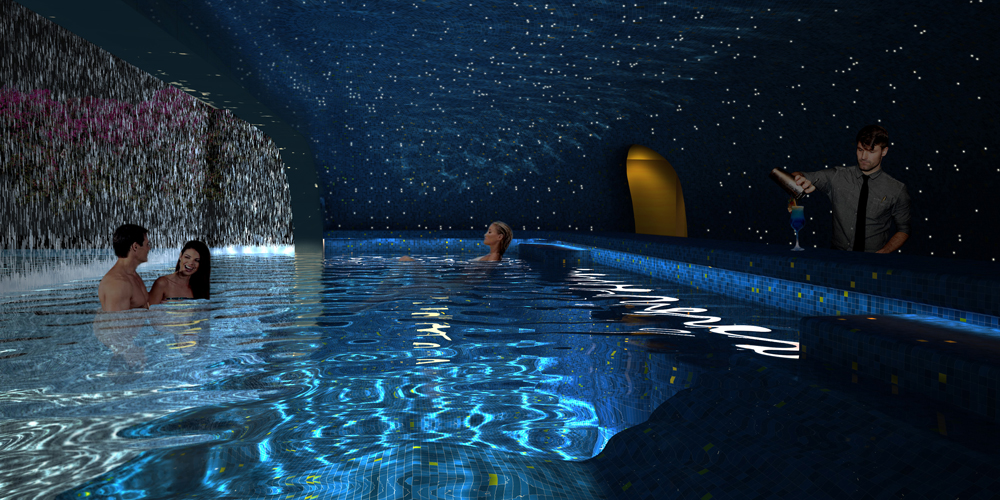 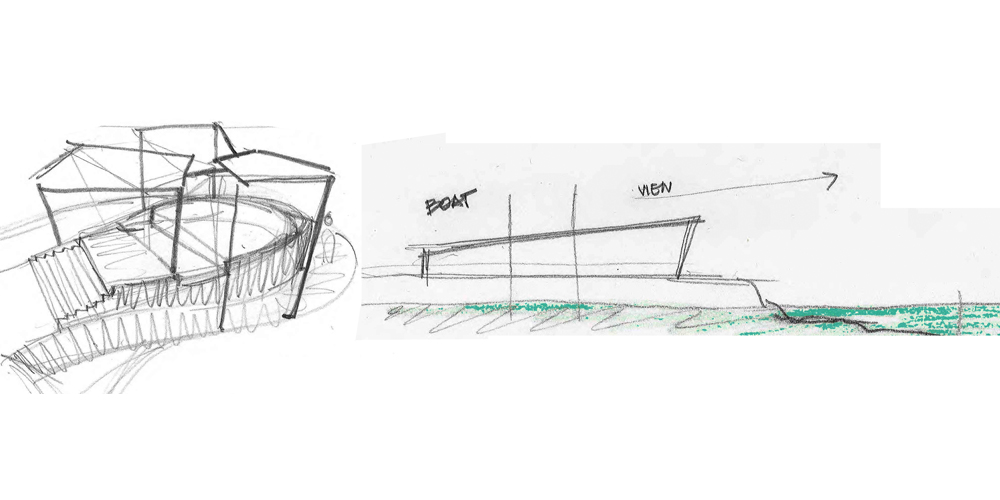 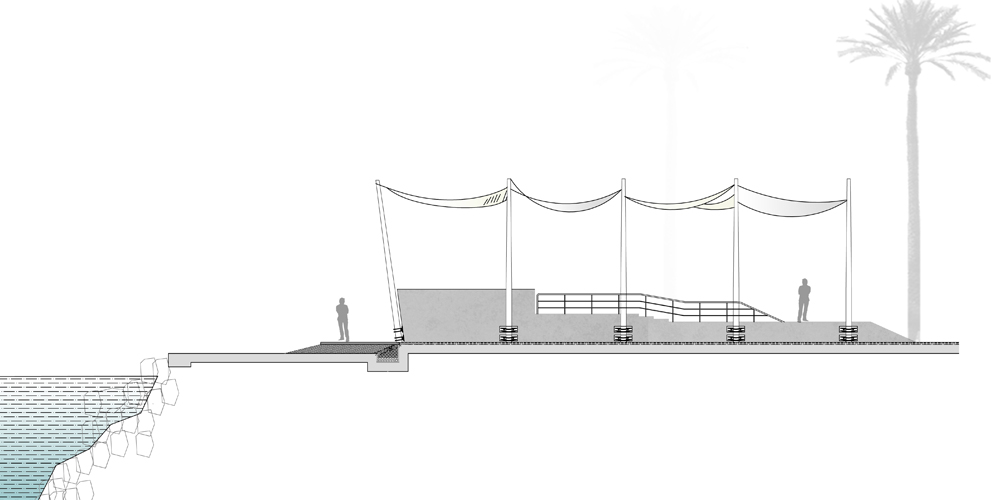 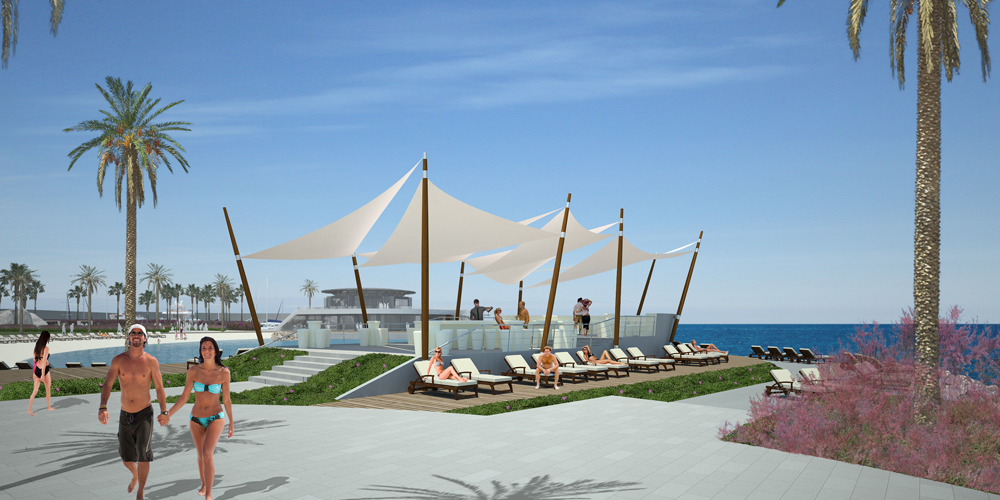 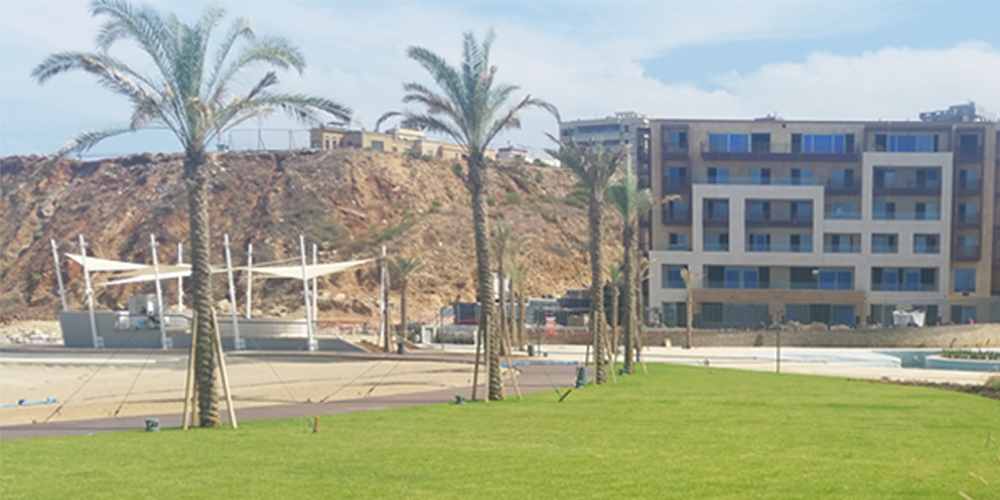 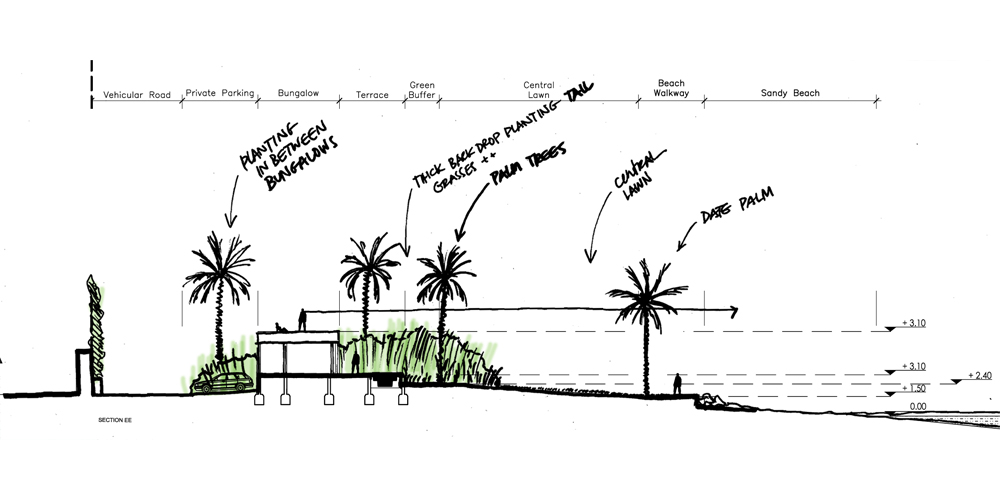 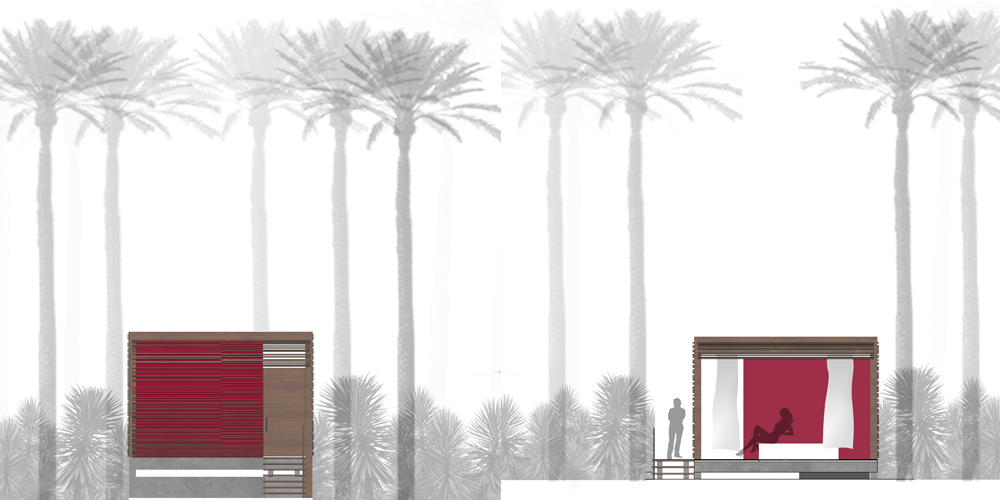 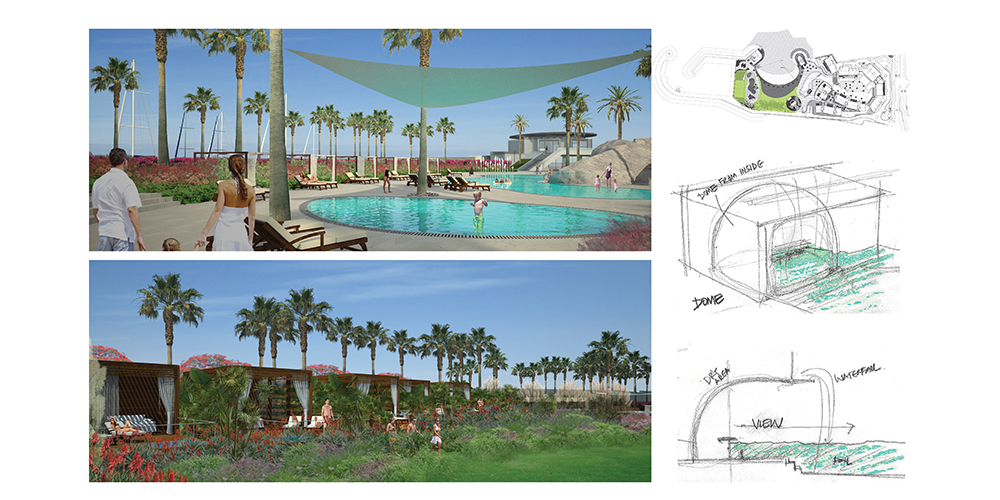 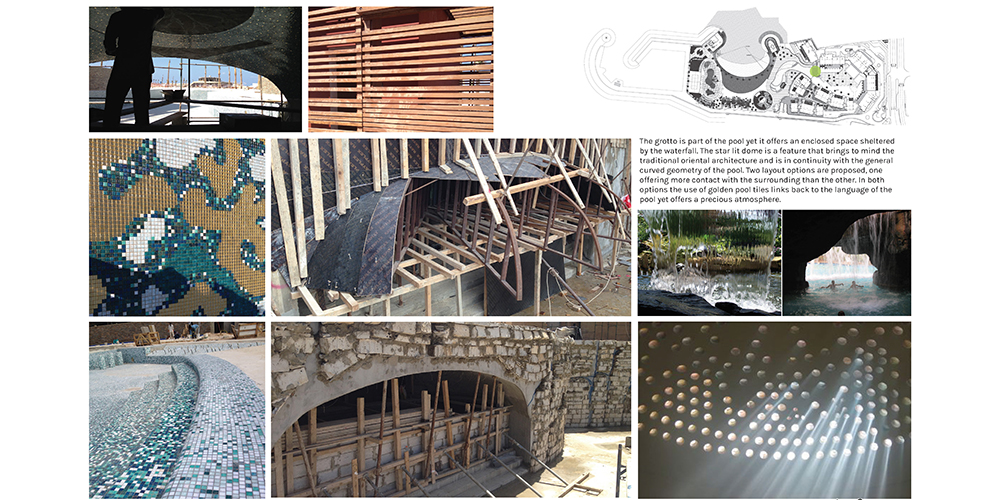 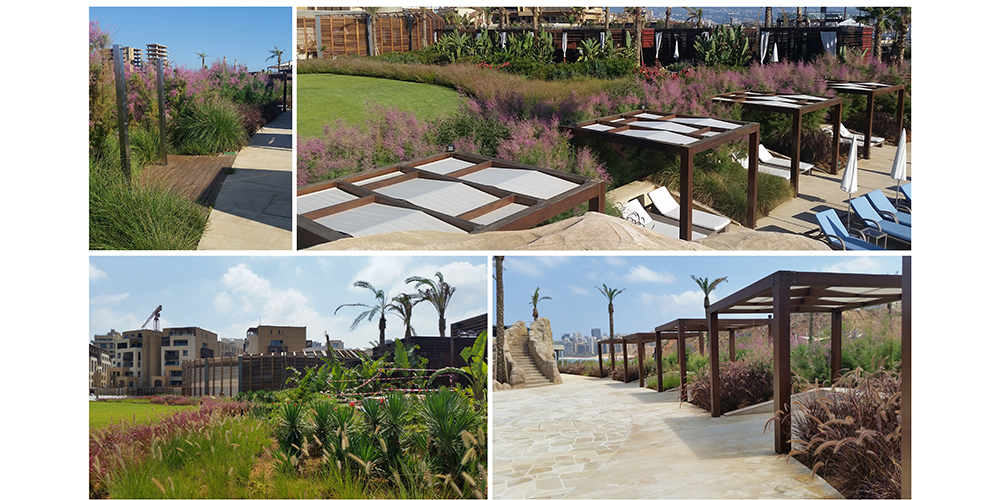 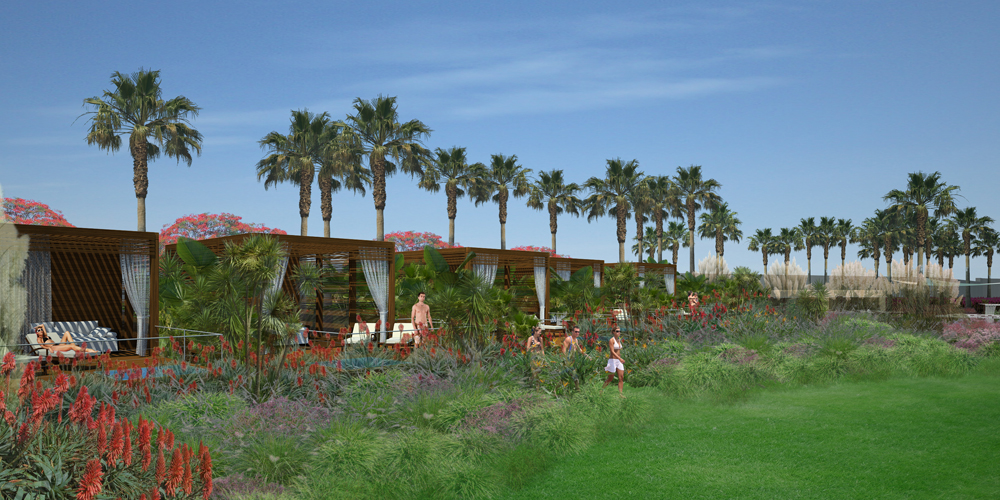 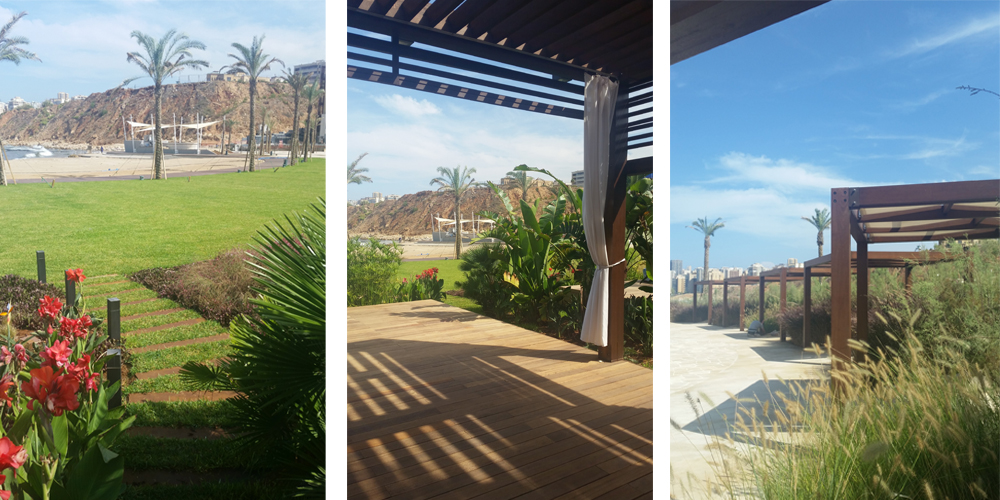 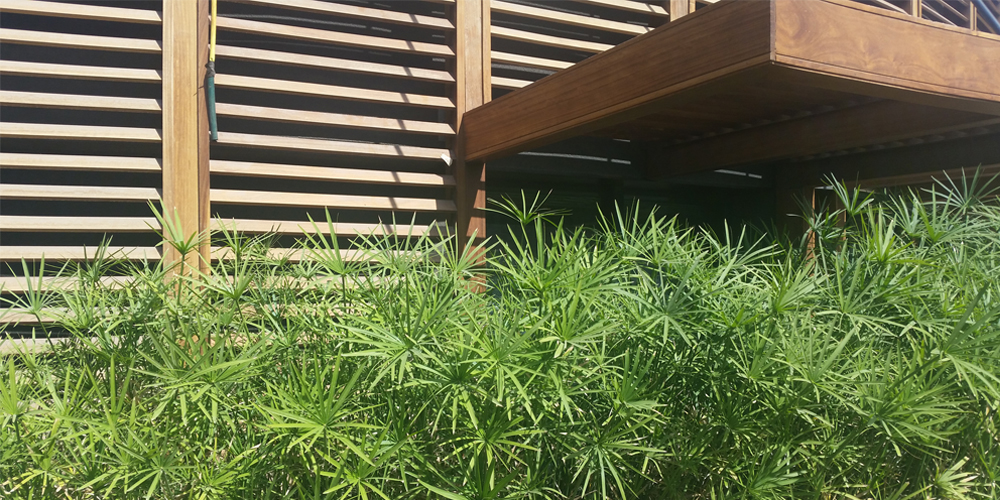 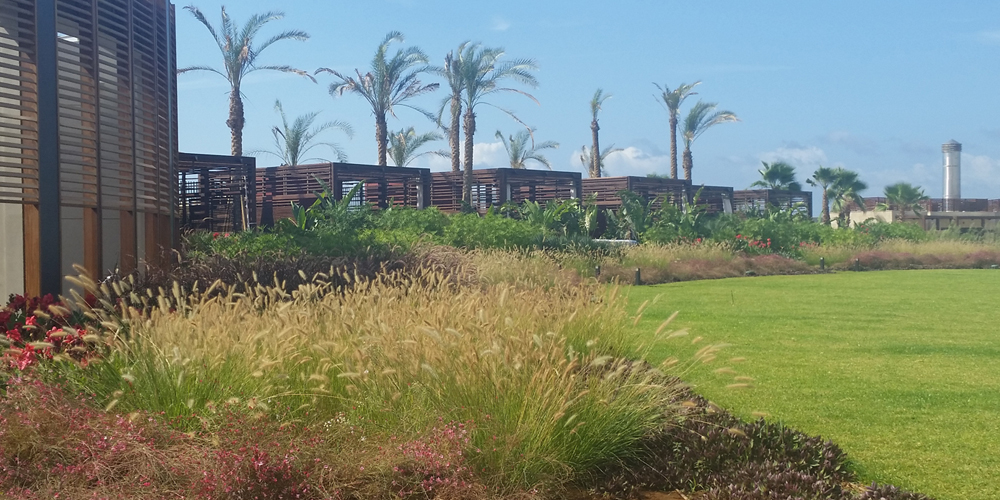 The Kempinski Summerland project is one of the last emblematic projects along the Beirut waterfront. Intervening on such a project is controversial: we would like for the waterfront to be public and accessible to all, yet, in some areas, the coast has been already largely privatized. Given the symbolic value of the Summerland, we decided to take up the challenge and work on it. The brief was that of a five star resort: family area set aside, several pools with pool bars, a beach walkway, bungalows, and last but not least the grotto, a reminiscence of the Old Summerland. With such a cluttered program on a relatively small area of land, we decided to create space: we proposed to have a central lawn that linked everything together. The grotto became an extension of the pool: a star lit dome with large lounges separated from the pool by a waterfall. The family area is a water themed space where children can enjoy water slides, interactive jets and water tunnels. Given the extreme site conditions, the planting palette was limited to plants that would resist the sea wind. Nonetheless, the plants were selected in a way to have an interesting aspect in every season. Fluffy, feathery, pink, high shrubs surround the family area and are most exposed to the sea mist. The bungalows are niched within a lush and colorful grass and succulent garden. High palm trees delineate the wood beach walkway.