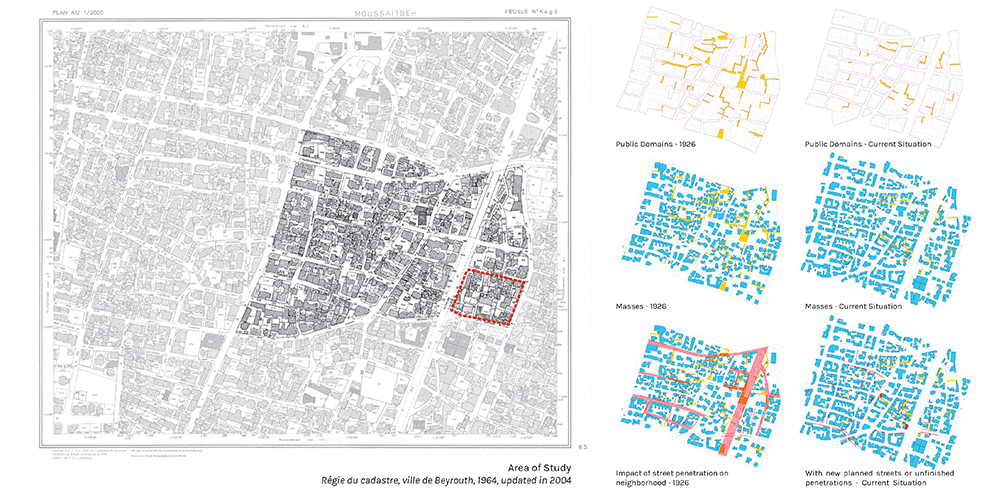 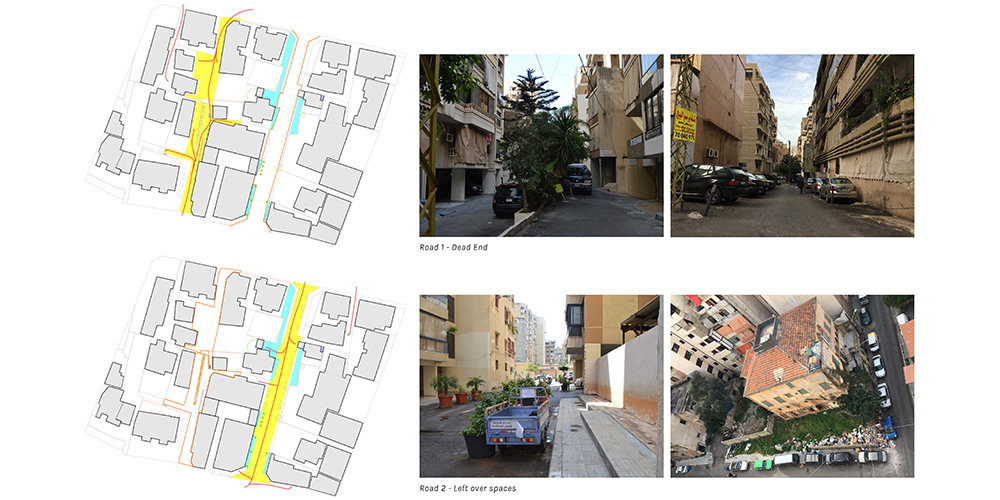 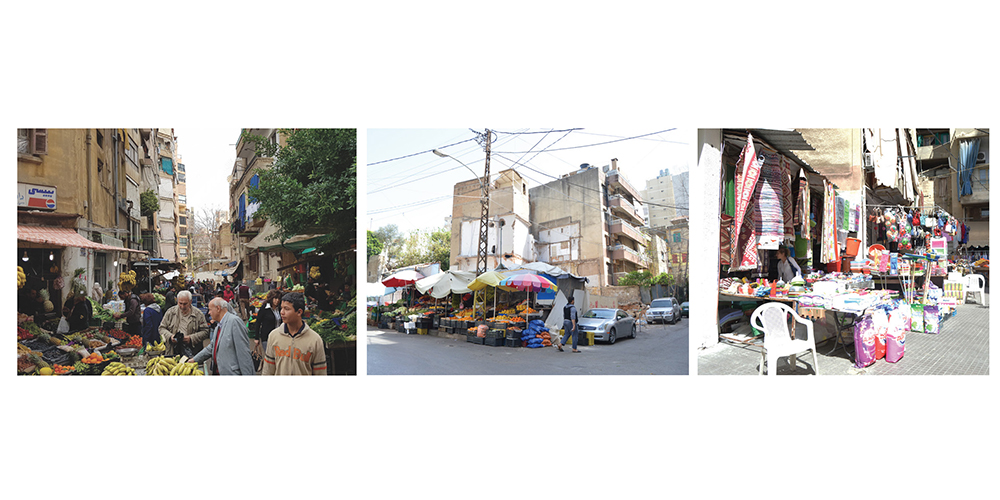 The neighborhood of Moussaitbé is a suburb of the 19th century Beirut then characterized by few sparse constructions and large agricultural Mulberry orchards. Since, it has undergone drastic changes over a short period of time to become one of the Capital’s most dense Neighborhoods. Organized along a road (Moussaitbeh Street) linking the district of “Zokak el Blat” in the center to the agricultural fields, the neighborhood has suffered over the years the penetrations of many roads, starting with the Salim Salam highway in the 60s´ and the dependent secondary arteries. The cadastral maps reveal the sometimes-absurd imposition of the network on the fabric and the difficulties faced during the implementation process. Here and there informal vegetation, cars, open air grocery stores have occupied the cavities produced by the unfinished roads. And yet, more roads are to come, the network becoming more like a strict grid layered on top of the original passages now too narrow to allow cars inside them.

The newly created streets are no longer spaces of encounter and exchange as in the historical city. The extensive visible fragments of the old fabric and the absence of open green areas in the neighborhood made Moussaitbeh an ideal location to test the theoretical assumptions we were formulating. On the sides of a newly created road, we wish to transform the left-over spaces into social spaces: tiny play areas, community gardens, herb gardens.