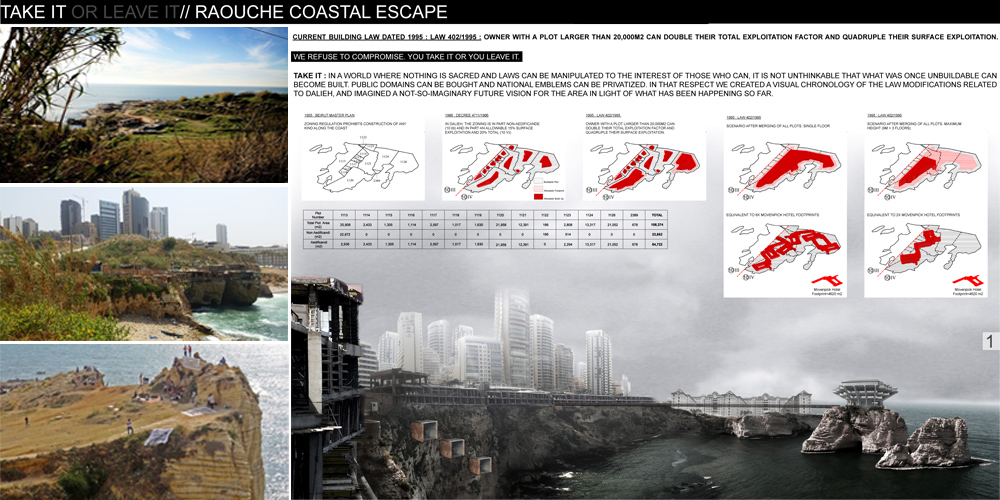 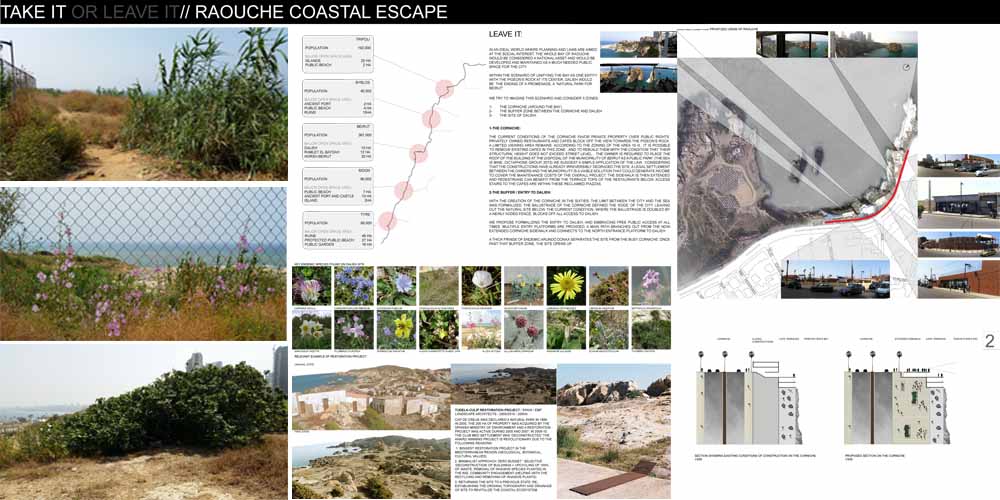 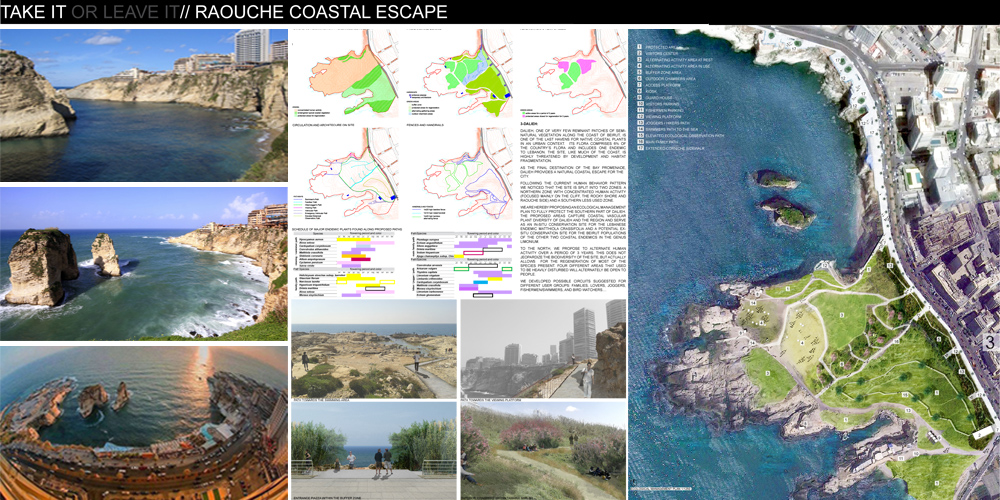 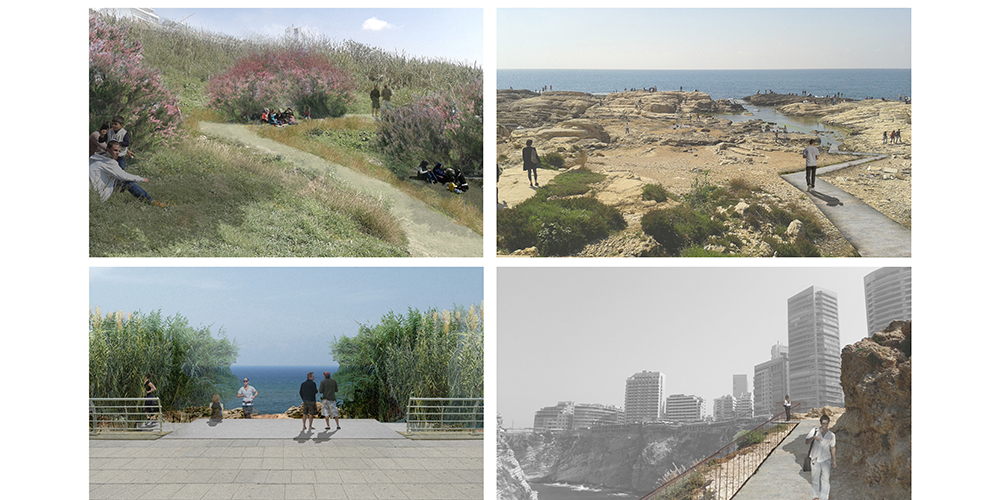 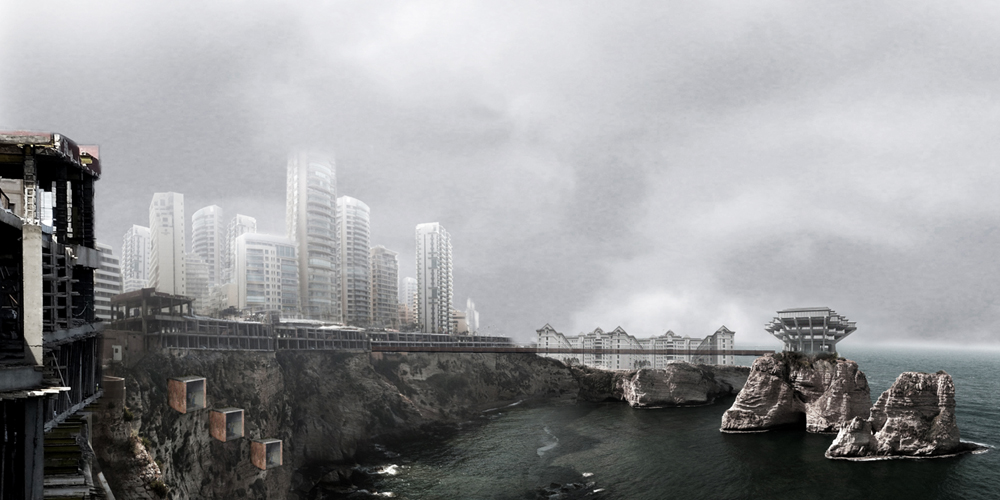 Take it: In a world where nothing is sacred and laws can be manipulated to the interest of those who can, it is not unthinkable that what was once unbuildable can become built. Public domains can be bought and national emblems can be privatized. In that respect we created a visual chronology of the law modifications related to Dalieh, and imagined a not-so-imaginary future vision for the area in light of what has been happening so far.
Leave it: In an ideal world where planning and laws are aimed at the social interest, the whole bay of Raouche would be considered a national asset and would be developed and maintained as a much needed public space for the city. Within the scenario of unifying the bay as one entity with the pigeon’s rock at its center, Dalieh would be the ending of a promenade, a “natural park for Beirut”.