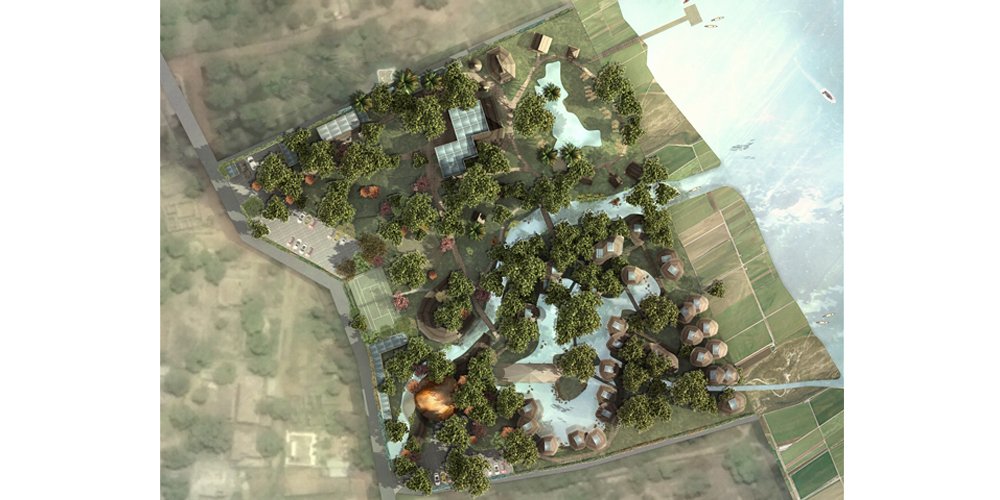 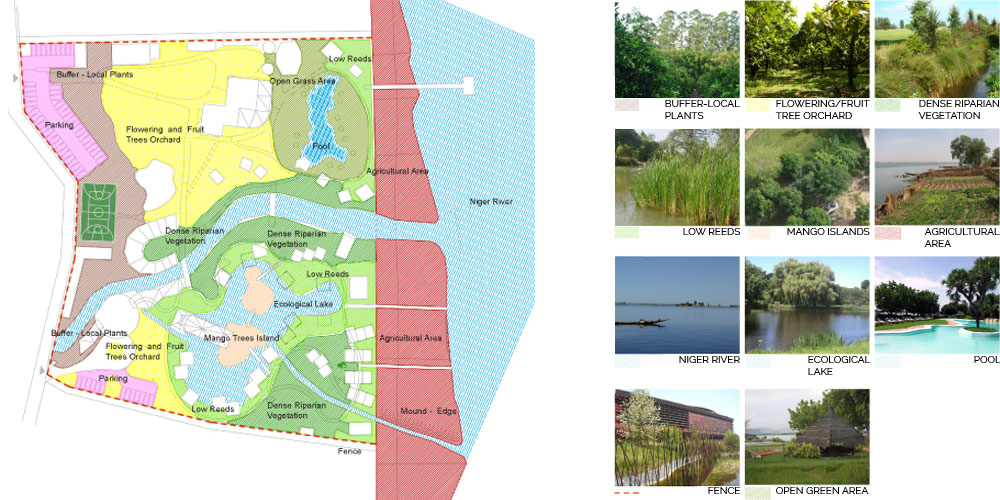 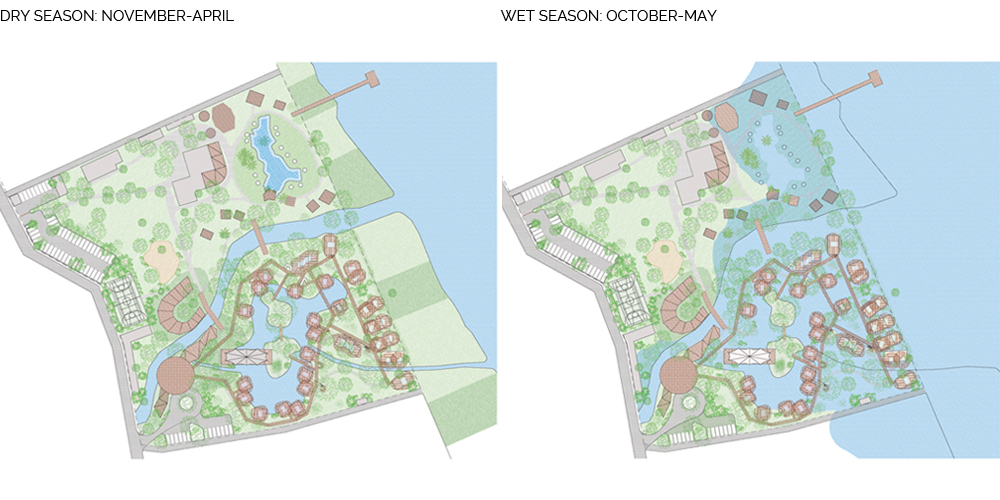 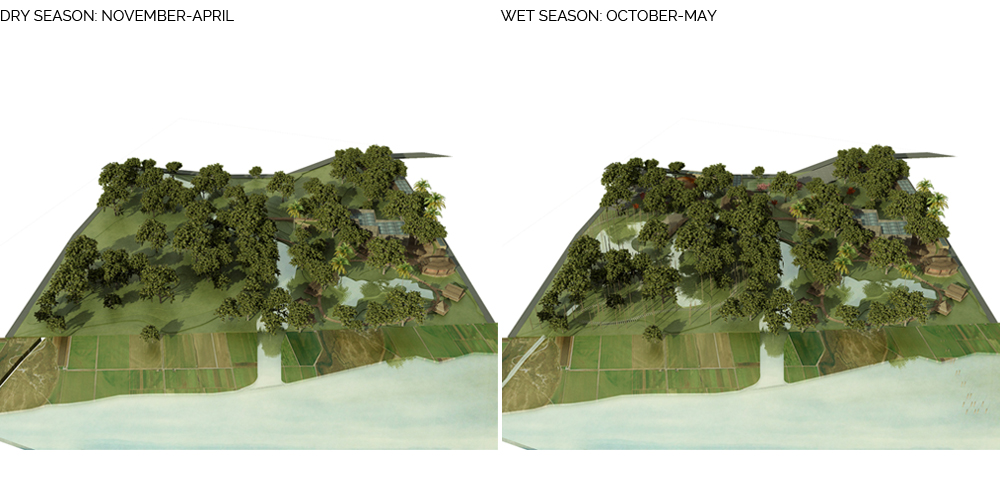 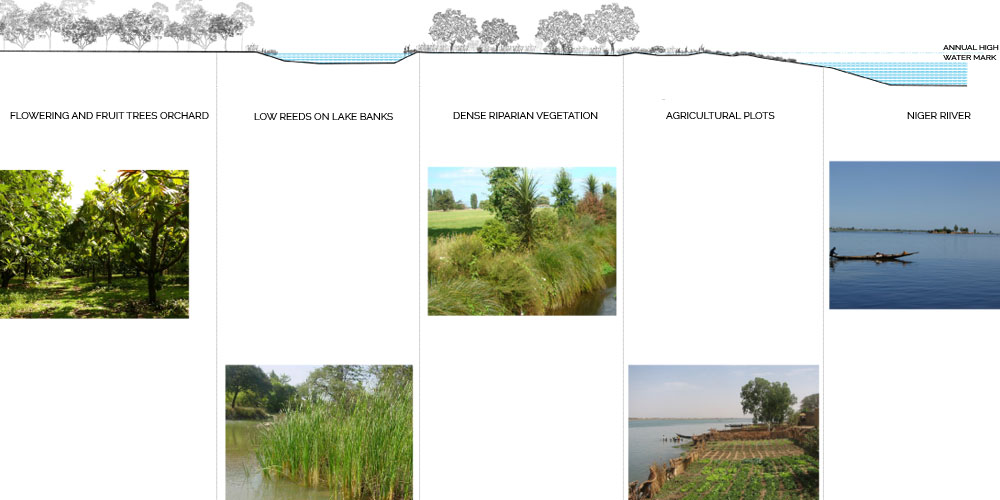 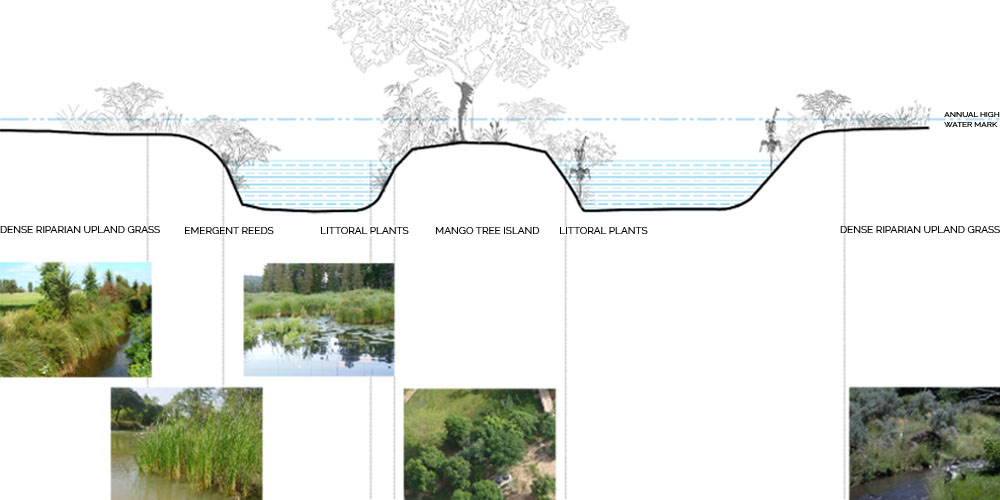 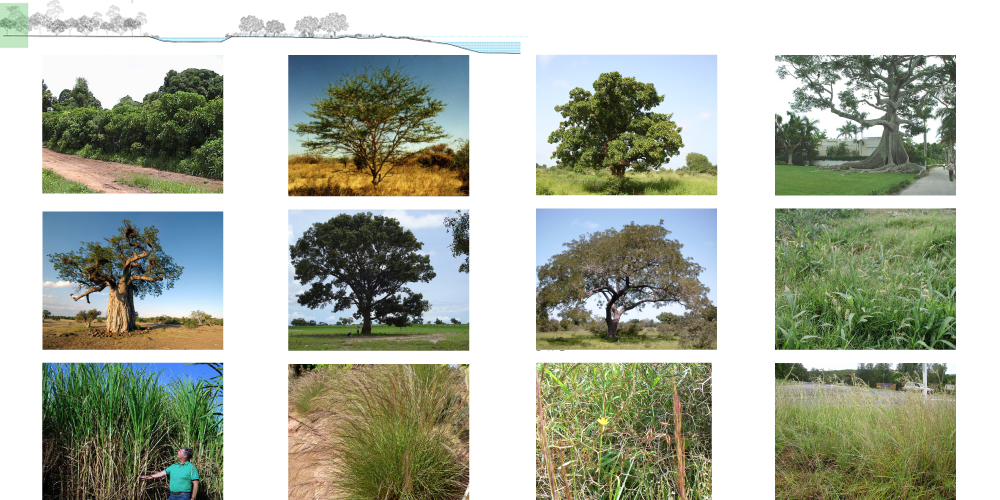 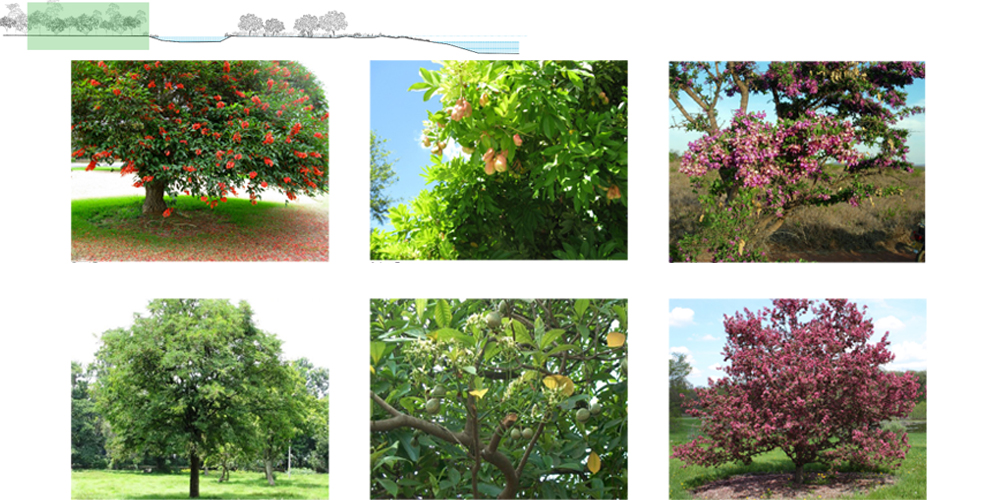 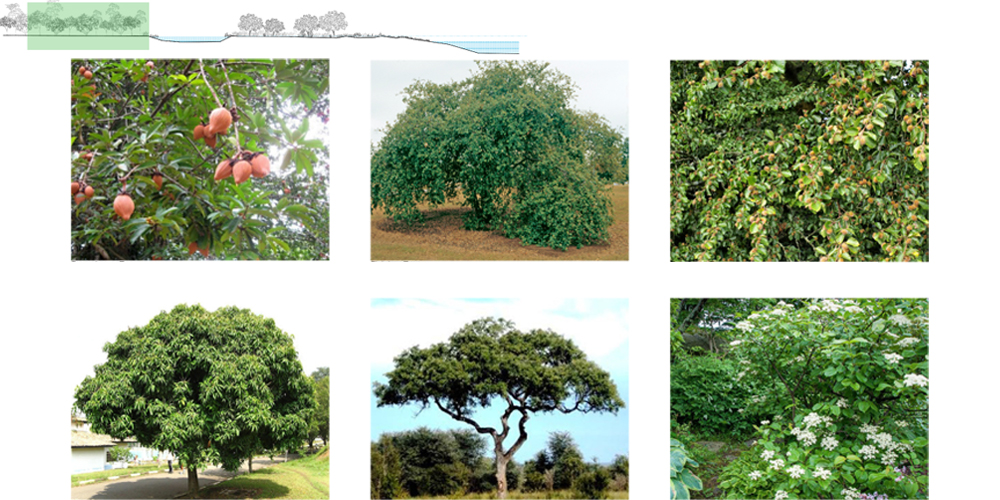 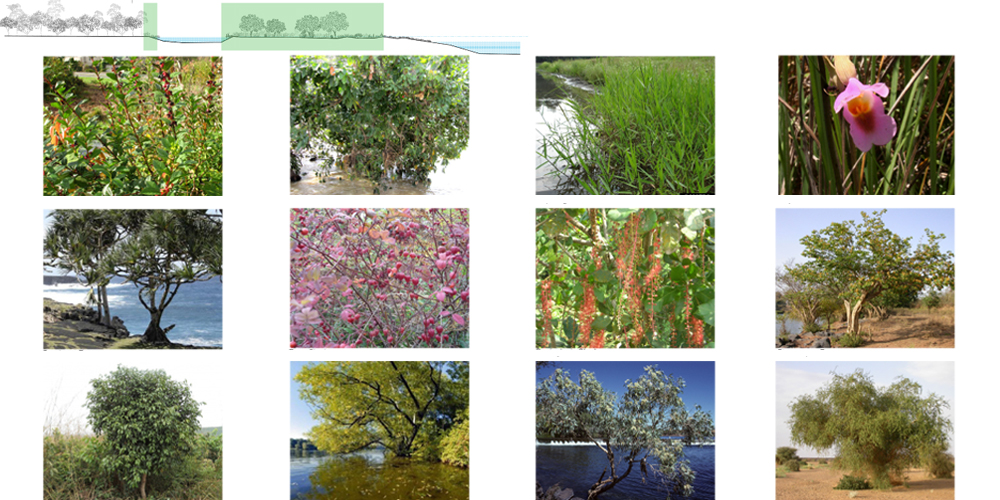 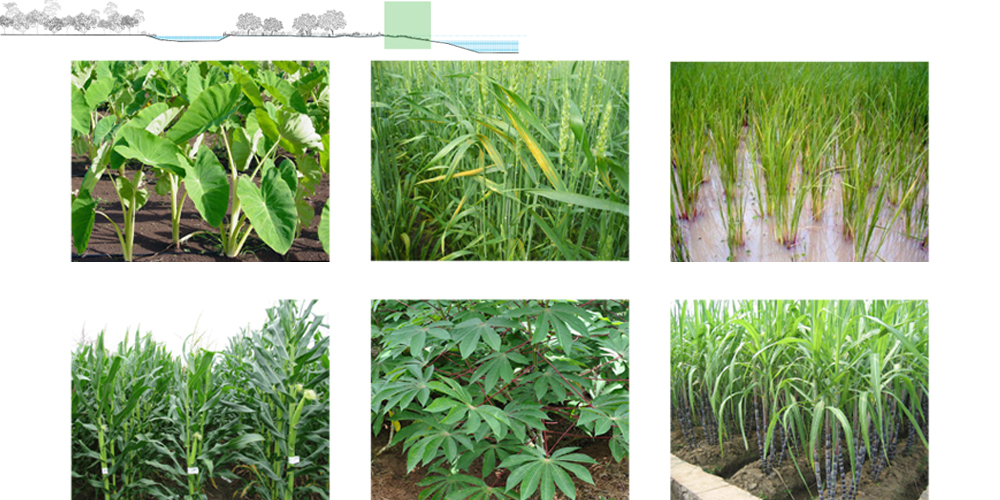 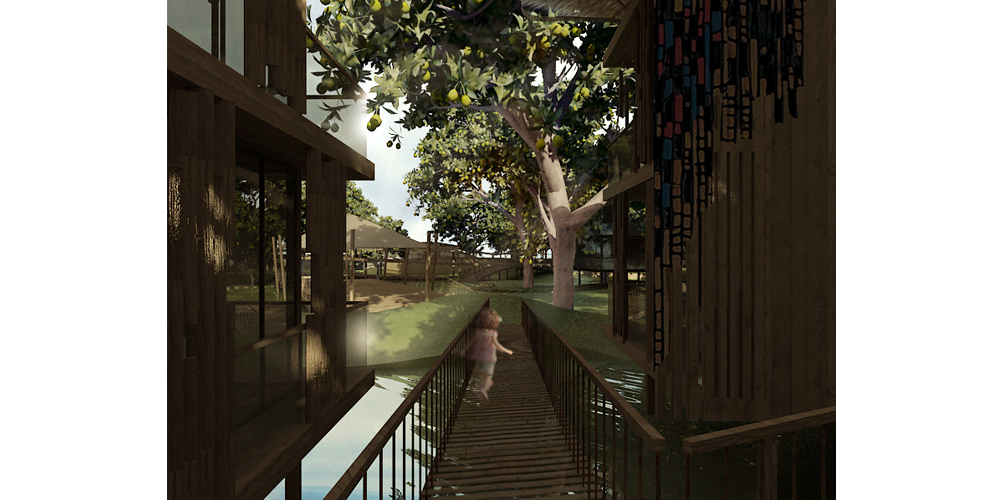 Badalodge is currently a successful small lodge and the owners are looking into expanding it. It is located along the Niger River and is flooded part of the year. This constraint became the starting point of the architectural and landscape proposal. Along with Blankpage, the architects with whom we were teamed up, we proposed a network of bungalows on pillars that would be high above the level of the water during the flood. The site plan would change during the seasons but would still function offering a different experience to the visitors. A careful selection of plants allowed us to create different areas that could be safely immersed and then uncovered. A large waterbody, derived from the river would be the center around which all the bungalows were laid out. The flooding of the river became an asset, where residentials can experience a real African event.